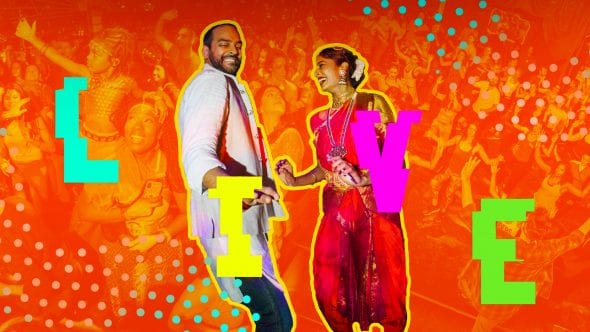 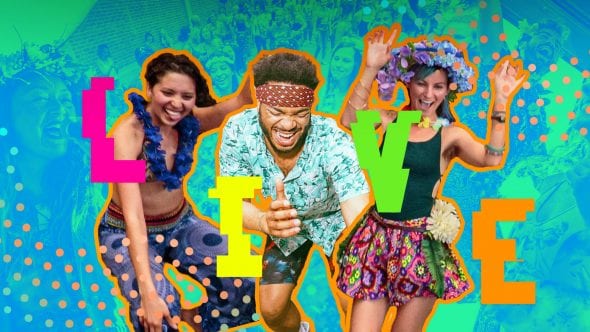 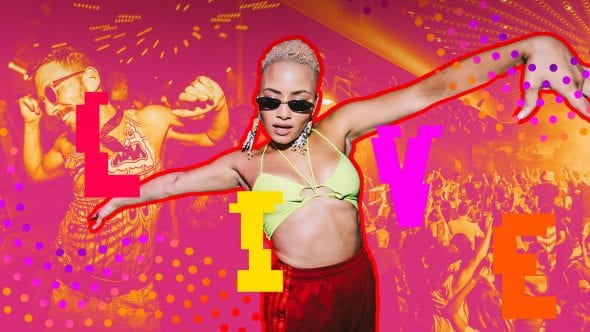 “Let us first teach little children to breathe, to vibrate, to feel, and to become one with the general harmony and movement of nature. Let us first produce a beautiful human being, a dancing child.”

This month, we packed a van with confetti cannons and some break dancing friends — then headed to a charter school in the Bronx as part of a collab with Move This World, an organization that creates environments where students can authentically express themselves. 💃🌏And WOAH, talk about fearless self expression. These kids jumped whole-heartedly into every dance circle and even taught us a thing or too about the Shoot dance… Watch the magic above and try not to smile. 😋

In other news, another week of love and mischief is under our dancing belts. Yesterday alone, we woke up 3 cities, back to back to back. In Seattle and Boulder, we donated 100% of profits to RAICES, an organization devoted to reuniting immigrant children with their parents. 💕 Then in Philly, we danced inside the historical Divine Lorraine Hotel, aka the first hotel of its class to be fully racially integrated, decades ago.✨ Today, this space is listed on the National Register of Historic Places as a site significant to civil rights history. Puh-raise. 🙌

Let’s keep using dance to explore new places and shine spotlights on the good. Especially given the current political environment, now more than ever, it’s important we embody HOPE. When we focus on the possibility of situations improving, the possibility expands.

Ok fam, that’s all for now. Keep scrolling for this week’s dance floor tale, a special set of tunes, deets on upcoming events, and ways to prep for a soulful summer.🤗

✨DANCING ON MY OWN✨ 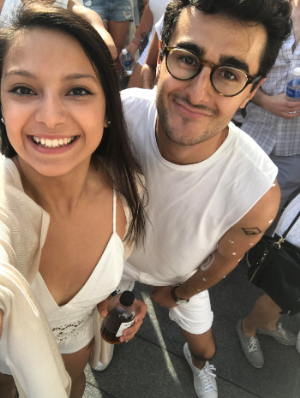 I was exposed to the magic of Daybreaker by my best friend from freshman year of university. To whoever may receive this message, you may be familiar with Sollie. He started with one Daybreaker and now volunteers, spreading mischief at many others! The one he invited me to was the silent disco White Out at the Oculus. 💫Since Sollie was volunteering as part of the mischief maker crew, he was up much earlier than I was, so I started my day by myself. I hopped on the 6 train, all the way down to the Financial District.

I tend to believe I do well on my own and can handle being alone in a crowd.

But this was different.

While being no stranger to dancing freely or singing along to songs out of tune, those activities were almost always done with the comfort of my friends alongside me. At Daybreaker, I was very well unsure of how I’d mingle into a crowd of dancing humans at 6 in the morning while my partner-in-crime was helping make sense of this wonderful organized chaos.

Contrary to my own doubts, I placed my colorful headphones on… and still felt fear for my solo social experience. The music was refreshing and energizing to start off. People all around me were beginning to loosen up. Then, before I knew it, I was finding my own rhythm. The morning continued on and our dance floor started growing. The sun kept rising higher over my beloved NYC, and I was now in a full body mission with several other souls, creating the most powerful essence of love and positivity I had ever seen in my short 21 years.✨

It’s been close to a full calendar year since this Daybreaker, and I still don’t forget the words of our emcee, the emotions, and the lasting tokens of love I shared with other individuals. ❣️To Sollie, Daybreaker, and the rest of the world that is joining along in making our home a better place — I send you thousands of blessings.🙏

📝 EVER SPARK A NEW FRIENDSHIP AT DAYBREAKER?

We want to hear your story!
Send us your Dance floor Tale.
We’ll share it with our community of 400k.

SEND 300 WORDS + A PIC TO:
MORNINGMISCHIEF@DAYBREAKER.COM

3 Soul Resets for the Summer Solstice

As we celebrate longer days (in the Northern hemisphere at least) here are a few extra things to experiment with to set your summer soulstice on firrre. 🔥

💛Nightly Digital Detoxes: If a complete weekend digital detox feels a bit ambitious, try starting with regular PM detoxes. The blue light emitted during evening screen time sabotages our sleep, so this is the perf time to start weening off the cellular ball and chain.📱Opt to switch your ringer off and keep your phone faced down from 6PM onwards. This gives your body the chance to release the melatonin we need for sleep and helps you feel less groggy in the morning. Hello natural sleep cycle… 🙋

💛Sage: If spring is for cleaning, let’s make summer time for an energetic shower. 🚿 Other than its link to wisdom, clarity and increased spiritual awareness, scientists have observed that sage can clear up to 94% of airborne bacteria. When burned, it actually releases negative ions which is linked to putting people in positive moods.

💛 Eat oysters and sun-soak (for like, 10 mins): According to friend and holistic nutritionist, Steve Macari, oysters contain trace minerals which support your metabolism, boost your immune system and even play a role in preventing gray hairs. As for sun exposure, (even though we’re warned to limit it), 5-10 mins of sun per day is super impactful for restoring our vitamin D levels. These next couple months are the perfect opp to start building up our reserves.

Here’s to thriving this summer, y’all. ⛱

Songs for the solstice.